Alpine Volks Fair (formerly Alpine VAG Fair) is a VW specific event located in the town of Georgia.  VW enthusiast will travel from around the US to come together to enjoy to amazing sense of community you get in this town.

The History Behind Helen GA

Helen is located in the Appalachian mountains of Georgia.  This town went from a logging town in decline to a Bavarian Alpine style village known for tourism.  In the European enthusiast community Helen is known for a show formerly hosted there called SOWO.  SoWo was one of the most popular and beloved events in the US.  Attendees would book hotels a year in advance to ensure they were going to have their spot for the following year.  In 2015 the small German town could no longer contain the event.  The event was overshadowed by large crowds partying, littering, and doing burnouts in streets, which led to the cancelation of the show.

In 2019 some enthusiasts who loved Helen so much, worked to give the town assurances they could host an event and keep it under control.  Alpine VAG fair had its first event on May 12th in 2019.  We attended and documented the event on video.  After the first successful year of this event is coming back as Alpine Volks Fair.  The guys who host Alpine are looking to create an event similar to Worthese in Austria, where mini events are hosted all around the primary one.

Our Event Planning with The Humble Mechanic 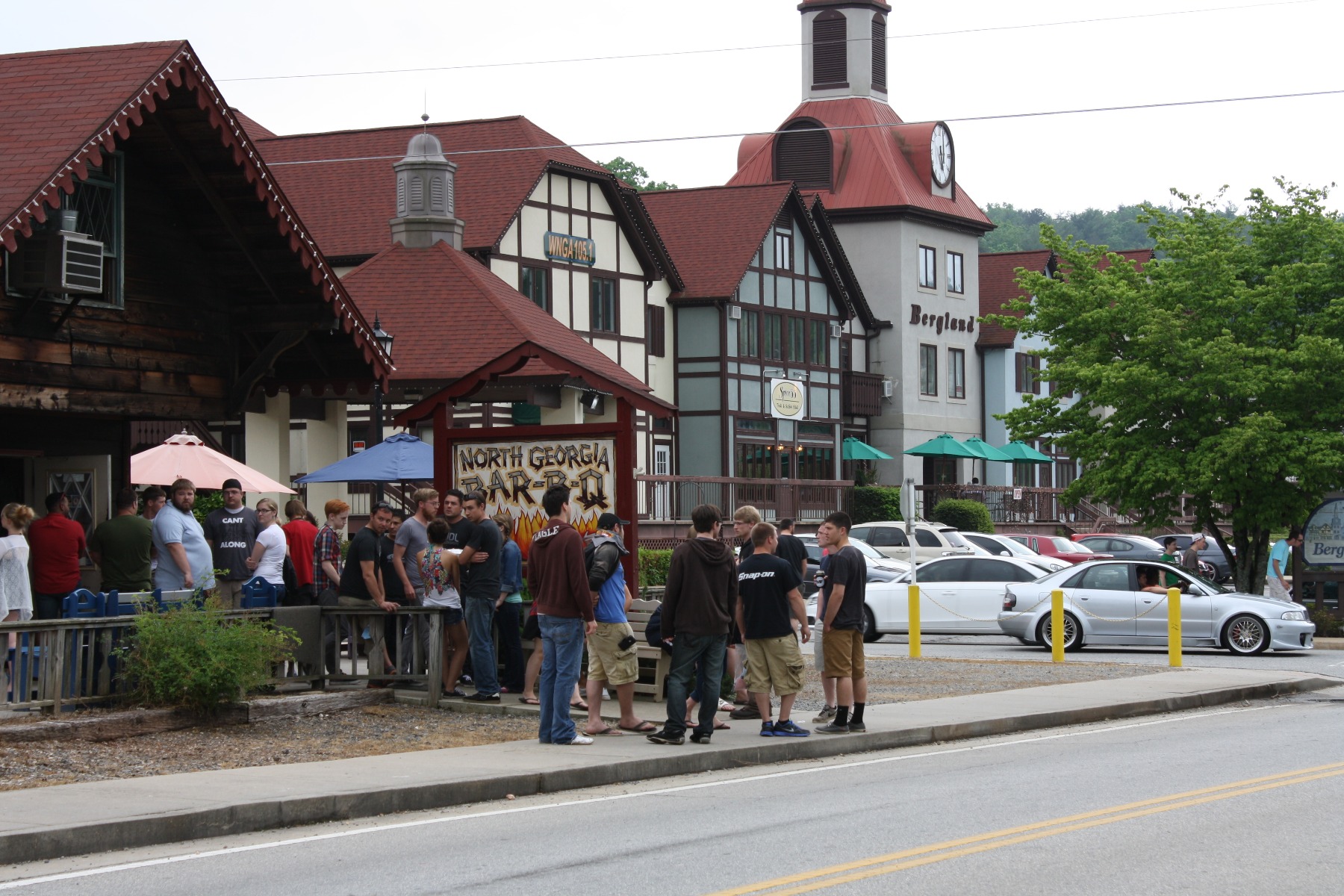 The People Behind event

Kip Love and Jon Hanna run Treffpunk South, an annual VW event at Atlanta Motor Speedway on Labor Day weekend.  They both have a ton of experience in running events and also massive VW fans.

Marc Beramsingh has been running a really successful air cooled and water cooled VW event in Orlando every February.  He is also a huge VW guy and a big supporter.

Paul Barney has been running Euro Tripper in South Florida every February for the past 6 years.

Cory Sterling has been running VAG Fair York and VAG Fair Vacationland for many years.  He is also a master VW tech and has a ton of experience in the industry.  He is also President of Foundation Blue.

Last but not least, Chris Cooley has been a massive supporter of Alpine VAG Fair and a huge help.  Chris is the man who had the vision and passion to create Southern Worthersee.  Chris has a massive set of skills and experiences, especially as it relates to the city of Helen.  His advice and support are greatly appreciated.

In addition we have had a ton of community outpouring supporting the event.  In particular James Jetton and Wayne Bynum have been extremely supportive.